There is no doubt that smoking is bad for you and, as a result, an increasing number of smokers are turning to vaping to help kick the habit. According to the World Health Organization (WHO), the number of tobacco smokers in 2017 decreased by 40 million to reach around 1.1 billion. Meanwhile, market research company Euromonitor estimates that the 7 million people that were vaping in 2011 will increase to almost 55 million by 2021.

The rapid increase in the number of people vaping equates to a large business opportunity. According to an August 2018 study by Grand View Research, Inc. the market will be worth $47.11 billion by 2025. It is forecast to grow at a CAGR of 23.8% with the USA representing by far the biggest share of the global market and modular devices being the most popular type of vaping product.

There are three principal types of vaping device; e-cigarette, vape pen and modular (‘box mod’) devices. E-cigarettes are the simplest and in many cases they are fully automatic as a sensor detects when the user ‘takes a drag’ and releases the vapor. Other types use a small switch in place of the sensor. In general, e-cigarettes are not refillable and are disposed off after use.

Vaping pens usually consist of a refillable cartridge / tank that holds the juice and a battery section. In all cases, these rely on the user pressing a small switch to activate the heating element and release the vapor. 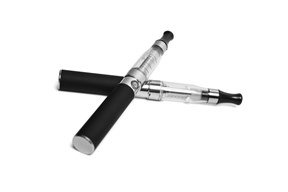 The final category (and the most complex) is the modular devices known as ‘box mods’ where the tank, housing and batteries are generally all separate and interchangeable. These are the most powerful and are often programmable in terms of the wattage delivered to suit different types of heating coil. In box mods, there are often several small switches to program parameters, as well as the main heater control switch.

The switch is one of the most important components in all of these devices as, if it fails, the device is inoperable. As such, choosing the right switch for each application is critical for vaping device manufacturers working with vaping market brands which are keen to build a loyal customer following. In general, when selecting a suitable switch, designers look for a high cycle count rating as the switch may be used hundreds of times each day. The physical switch size is important to fit the small package, as is moisture resistance to protect against spilled juice and moisture from everyday use.

How the switch sounds and feels (its ‘haptics’) is a key part in defining how a user perceives their vape device, whether it is cheap and low quality or a premium device. As such, vape manufacturers pay a lot of attention to this aspect and work with sophisticated manufacturers such as C&K Switches that have a dedicated laboratory to tune haptics to meet a manufacturer’s specific needs.

Figure 3: C&K tact switches are very popular in vaping applications due to their small size, reliability and tunable haptics

C&K has over 55,000 standard products and 8.5 million switch combinations, including their ultra-small and highly reliable tactile (‘tact’) switches that are popular in vaping devices, either as standard off-the-shelf devices or as the basis of a custom solution tailored to meet a specific need.

Disposable e-cigarettes benefit from the cost effectiveness of tact switches such as PTS810, PTS830, PTS647, PTS645V series while higher performance switches such as the KMT0 and KXT3 offer a wider range of high reliability options for more sophisticated vape pens and box mods.