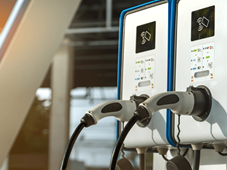 Last year, the world’s electric car fleet more than doubled to 5.1 million from 2 million the previous year. Natural gas and renewable energy delivered more than half of U.S. electricity in 2018 compared to 35% in 2009. Wind and solar capacity quadrupled over that period. The global solar market alone ballooned by nearly a third in 2018. Moreover, the transformation is just getting started. Virtually every statistic and forecast points to the same irrefutable conclusion: Green energy works.

However, making it work isn’t solely about green energy products themselves. It’s also about their components, and integrally the switches, which enable their electromechanical interface. Switches from C&K, an industry leader, play an essential role in energy-saving and eco-friendly applications such as solar power and electric vehicle infrastructure. Here’s a closer look at how:

The makings of a solar energy system are, for the most part, common knowledge today. Photovoltaic silicon cells carry out the central function of solar panels. When sunlight hits the silicon cells, electrons are set in motion. This is what’s known as the photovoltaic effect. The specialized semiconductor diode converts visible light into D.C. Solar inverters take D.C. from solar modules and covert it to A.C. electricity.

Less common is an understanding of the internal components. It’s within these that designers of solar inverters, rapid shutdown boxes, charge controllers, and similar parts have to take the most care to ensure reliability, durability, and safety requirements are met.

C&K’s SDA, TDA, and BPA DIP switches, for instance, are used by industrial designers within inverters and charge controllers to address communication types, country selection and for identifying networks and system voltage. Designers rely on these types of components for their high cycle life and their ability to operate in a broad range of temperatures ranging from -40°C to 85°C. C&K offers a wide range of half-pitch, low and standard profile rotary or coded DIP switches which are set apart by world-class machining and precision high-speed stamping.

When rapid shutdown is required on a solar system, a breaker is flipped, and the loss of power causes the module-level electronics to turn off and suspend voltage output. This shuts down the system for firefighters and emergency crews responding to a fire or other event. To work reliably, an integral D.C. disconnect switch, typically an RTA rotary switch, like A Series from C&K is used. In an application where safety is paramount, a switch with positive detents and 15,000 make-and-break cycles is critical.

Depending on their type and other specifications, charging systems for electric vehicles rely on one of more than a half-dozen switches. Tact switches are used for menu navigation. Anti-vandal switches like C&K’s ATP19 and ATP22 pushbutton switches smoothly handle start and stop cycles on E.V. charging units. Both include an industry-standard ring illumination which can indicate “ready,” “in operation,” or “fault” statuses.

Snap acting switches used on charging handle interlocks will shut down power when the operator is removing the charging gun from the car. Subminiature switches such as C&K’s LCS, ZMA and ZMS lines are a perfect fit in this application and can help safeguard against dangerous arcing as the charger is removed. All three models are rated for long life and high electrical capacity, meaning they’ll stand up to daily use without a problem. As with all of its automotive-related switches, C&K distinguishes this trio with its ongoing commitment to quality. Many of the C&K switches are manufactured at the company’s IATF 16949:2016 certified location in Dole, France. Maintaining this certification ensure customer satisfaction, reduced costs, and consistent quality.

Based in Waltham, Massachusetts, and founded in 1928, C&K is a worldwide leader in the manufacture of high-performance electromechanical switches, including tact switches, DIP switches, anti-vandal switches and, snap-acting switches. Operating state-of-the-art design centers in North America, Europe, and Asia, C&K devices are assembled in more than 55,000 standard products and 8.5 million switch combinations.