“That sounds right – feels good too”: Haptics is the watchword for next-generation automotive switches 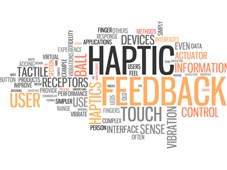 In days gone by, vehicles had a few electrical items such as lights, heaters and wipers, and their switch needs were relatively simple and mostly addressed by simple toggle switches that could be sourced from a few manufacturers. These vehicles are now considered to be “classic autos,” and their interiors were simple, yet functional.

As automotive design moved on and more complex features (such as infotainment) were added, more attention was given to the aesthetics of interior controls, and designers began to implement more ergonomics into their switch selection, mainly through the layout of the various controls. As the automotive business became increasingly competitive, so manufacturers sought ways to differentiate their offerings, and the look and feel of the passenger cabin became an important part of this.

Haptics, defined as the science and physiology of the human sense of touch, and acoustics, defined as the science of audible sound perception, are now at the center of the design process for automotive interiors and controls. The look, feel and sound form an important part of the brand identity of the vehicle, and switches are key to this – and are often replicated across multiple models from the same manufacturer. Haptics and acoustics not only position one manufacturer against another, but can also be used to define the position of a model within a range of automobiles from the same manufacturer.

While systems were simple, automotive dashboard design mostly utilized robust pushbutton or toggle switches with relatively long “travel.” However, as automotive interior subsystems have grown in number and evolved to electronics requiring more sophisticated inputs, user tastes have also evolved to prefer more modern switches, such as smaller tactile switches with much shorter travel (less than 0.8 mm). Given the number of switches required, they have also become smaller so that they can be accommodated within the available dash space. Having grown up with, or become accustomed to, portable devices such as smartphones, many of today’s drivers are more comfortable and familiar with short-travel switches, and perceive old-style “long-travel” switches to be of inferior quality.

Modern short-travel tactile switches are usually based on a metallic “snap” dome contact system that interfaces between the actuator and the switch housing, as seen in the exploded view below. 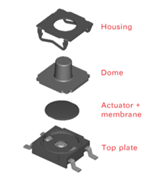 When compared with silicon domes, metallic domes have a longer life expectancy and can be designed with a shorter travel, both of which are desirable. However, whereas silicon switches are silent, the metallic snap dome produces an audible sound when pressed, and when released.

Nowadays, automotive manufacturers – and the companies producing subsystems such as switch panels for them – often produce detailed specifications for the haptic and acoustic performance of the switches they select to ensure that they meet the brand identity as well as delivering consistency over time.

Some integrators are attempting to build tactile switches themselves, fitting domes and membranes to a PCB in an attempt to optimize the cost compared to a discrete switch. However, cost optimization by this method is only possible for a large number of switches in an array – and the cost saving is somewhat theoretical. If taking this approach, specific PCB plating is required and dust management is another challenge. Not only this, but the integrator must also consider the many aspects of the switch that affect haptics and acoustics.

An off-the-shelf tactile switch is guaranteed to perform to specification (including haptics and acoustics) by the manufacturer and reliability is assured as is the sealing of the assembly. Tactile switches are competitively priced and with many SMD versions available, placement costs are negligible.

The challenge for switch manufacturers is to deliver correct and consistent acoustic performance to produce a sound and feel that matches the required perception of brand quality the automaker desires for its vehicle.

Tuning switches can be a bit of a black art, and requires experience to deliver the correct results. There are several factors that define the sound made by a tactile switch, such as dome material and composition, structure and design of the switch body, and how the switch fits into the larger system. Characterizing the acoustics of any switch usually involves measuring the audible spectral components of the sound made, using an accurate sound meter in a carefully controlled environment.

The spectral distribution describes the sound’s “color” and clearly differentiates between the two distinct sounds generated by the switch’s actuation and release. 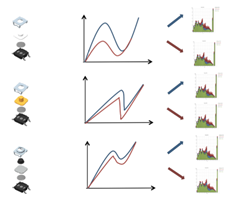 Even with years of experience and accurate measurement tools, there are several design challenges that must be addressed.

Embedding the switch in a printed circuit board can also change the sound of the switch, as can fitting the sub-assembly into the vehicle, so switch manufacturers have to work in close co-ordination with the vehicle manufacturer to ensure that the switch performs as desired in the vehicle.

Fortunately, C&K Switches has extensive experience of customizing short-travel tactile switches, and has an extremely wide range of components and materials to draw upon. It has also invested in a state-of-the-art anechoic chamber with accurate sound evaluation that enables evaluation of individual switches and customer sub-assemblies. Coupled with its “engineer to engineer” approach to working with customers, this means there is no better place to go for a switch that sounds and feels right.