IoT and Switches: What You Need to Know in 2017

IoT and Switches: What You Need to Know in 2017 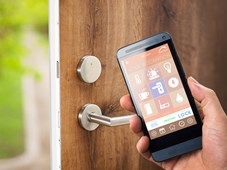 It’s official: 2017 marks the year that the Internet of Things (IoT) movement is officially mainstream so product designers and engineers need to get on board, and fast. Seemingly innocuous analog devices suddenly have new life and consumer demand for these types of connected devices is at an all-time high. Refrigerators that tell you when you need to buy more milk! Thermostats that make your house toasty and warm as you’re driving home from work! Now that these devices have gone past the tipping point, what does that mean for product designers and engineers?

Despite all our digital sophistication, humans are tactile creatures, so a product’s “feel” is still an important part of the user’s overall satisfaction.  It’s important to keep in mind that apart from all the internal circuitry, the switch is usually the only thing on the product that the customer actually interacts with. If a switch works well, users come away feeling that they’re handling a truly quality product. However, if it fails the user will either return or throw the whole product away altogether, and is left with a negative impression of the brand. They don’t blame the maker of the switch; they blame the company that incorporated it into their design.

It’s important to note that the trend towards larger and more user-friendly screens means all the other parts inside need to get smaller and still function reliably. Sure, there are apps for everything – but what happens when there’s no “reset” switch and your smart phone stops communicating with the network or a fitness tracker stops transmitting your fitness and health data?

Wearables, a surging market that is forecasted to be worth more than $150 billion by 2026, were the first real IoT devices that broke through to the mainstream. One look at a Fitbit or Apple Watch and the importance of components becomes immediately clear. Again, the “cool” factor is dependent on  the ability of the device to connect to a smartphone, tablet or other device, but they are still tactile objects operated by buttons. Given the size and operating environment of these devices, the requirements for the “working” components (such as switches) are even more demanding. Important requirements to remember include the need for ultra-miniature form factors, resistance to sweat and body fluids, good impact performance and the ability to accommodate over-travel and over-actuation force conditions.

The same is true for many other industries influenced by the IoT, such as smart homes and buildings, smart grids, smart cities and telemedicine. As technological advancements keep pushing these industries further into the IoT space, the hardware will also need to get “smarter.” Of particular interest is the trend toward convergence of wearables and healthcare.  In addition to the ubiquitous watches and activity trackers which help promote personal physical fitness, several areas in the medical world are moving toward wearable products for doctors, nurses, patients and staff. Established medical companies and startups alike are driving innovation around wearables which include patches for cardiac monitoring, pain management, ECG and blood oxygen monitoring. Growth of these products is being driven by the need for in-home patient monitoring due to an aging population and rising health care costs. The switches used on these devices must be small, reliable, have specific tactile properties, and be resistant to body fluids. Additionally, high performance switch components act as human interfaces in home automation applications and enable the ability to turn the lights on and off from a smartphone, see who is knocking on your front door and open it from your laptop at work, and monitor home security devices for signs of tampering.

There is no doubt the future lies with highly connected devices, but the electronic switch and component industry plays a much larger role in that progress than has been reported or even noticed. The IoT may seem to be centered around sophisticated analytic engines and enabling products to “talk” with one another, but there are larger, often simpler, aspects of product design that must also be factored into the equation. No matter how sophisticated electronic devices become, product designers will always need to factor electrical switches and components into their manufacturing decisions.